The nursery trees, are constructed out of PVC, fiberglass rods, and marine epoxy. Our trees are attached to the sea floor with moorings and suspended in mid-water with subsurface floats.

The science behind the project

The two species of Acropora coral selected for Roatan’s new coral nurseries were once the most abundant and important species on Caribbean coral reefs. This Corals were building reef structure and three-dimensional habitat for marine life.  Elkhorn and Staghorn corals underwent serious declines in abundance in the 70s and 80s and were listed as threatened under the US Endangered Species Act in 2006.

The US National Oceanic and Atmospheric Administration has estimated that the Caribbean has lost more than 97 percent of these vital corals.  White Band disease, elevated seawater temperatures, pollution, and other stressors account for these losses.

While Elkhorn and Staghorn have declined dramatically, there are certainly healthy colonies on Roatan’s reefs. Bay Islands Reef Restoration collects  pieces of opportunity, fragments the collections, and grows the fragments in our nursery. Once the corals are large enough they are taken to plant back on the reef. We seek to preserve the remaining genetic diversity of these threatened species and plant genetically diverse corals back on the reef. Our final goal is to create thickets of closely grouped corals that can more readily sexually reproduce through successful spawning.

The BIRR provides GOPRO Green Divemaster interns and the Resort guests with the opportunity to learn about important coral conservation initiatives. We encourage them to take part in coral nursery maintenance and coral outplanting. We hope you visit Roatan and dive with us while we seek to restore Roatan’s reefs.

Visit our Facebook page to keep up to date with the program! https://www.facebook.com/BayIslandsReef/ 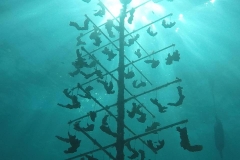 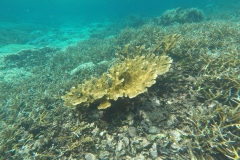 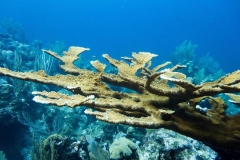 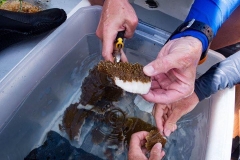 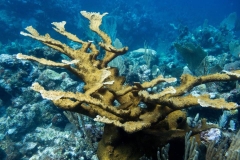 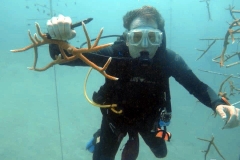 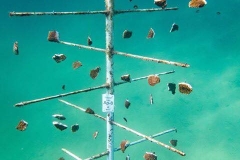 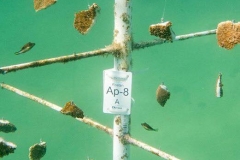 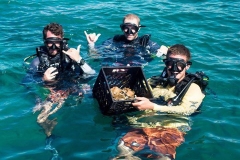 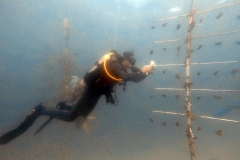 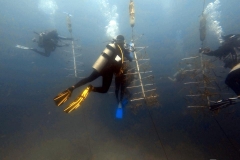 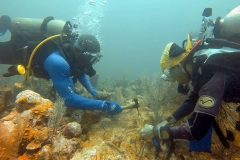 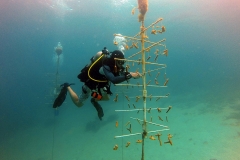 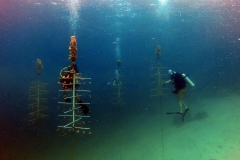 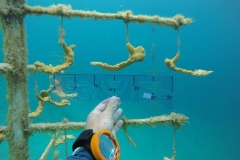 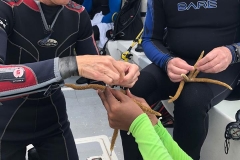