Subway Watersports opened for business in April 2001 and has soon become well known for its quality and personal service. Subway is the leading dive operator in the eastern half of Roatan and caters to multiple hotels, resorts and vacation rental homes as well as guests from Cruise Ships. 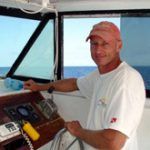 Patrick Zingg
Subway Watersports Founder
Patrick was originally from Switzerland and started working as a Divemaster in Roatan in 1998 in order to extend his travels in Central America. He kept extending his stay in Roatan until he finally became a Resident of Honduras. Prior of opening his own shop he worked in different dive shops and resorts on the island, like Sueno del Mar and Anthony’s Key. While working as a Divemaster and instructor he got to know all the dive sites around the island and gained a lot of experience in teaching divers. Patrick passed away in November 2012 and will be greatly missed by his many friends around the world. 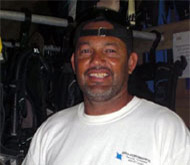 Osman Gomez
PADI Divemaster #69150
Osman joined our team at Turquoise Bay in 2009 as a Divemaster after working for many years as a boat captain and Divemaster at Coco View Resort. With an estimate of 17000 dives he is an expert at finding marine life underwater and has great stories to share during surface intervals. He is also our gear maintenance guru! Bilingual; English and Spanish

Customer comment: Just a quick note to let you know that during our recent trip to Roatan that the service provided by the staff and in particular Osman was superb, he truly is a valuable asset to your operation. Osman clearly is highly experienced as demonstrated by how he served the needs of both experienced and novice divers alike, it was truly a pleasure to dive with him. I have over 25 years diving experience and have dove with many, many operations in the Caribbean so I have some basis of comparison for my observations. Please pass along our thanks to him and all of the staff at Subway.

Maynor Mejia
PADI Divemaster #329392 & Boat Captain
Maynor comes from the local village of Punta Gorda and joined Subway Watersports as part of a program organised by the Roatan Marine Park to encourage more of the local population to become involved in the diving industry. He works for us as a part time captain and spends the rest of his time training to be a Divemaster as part of the internship program we run here. Almost at the finish line he has worked his way up to rescue diver status and over the next few months will take the final steps to becoming a PADI Divemaster. Maynor always has a big smile on his face and will take the time to help out anyone. He is very patient, hardworking and a hit with the customers. Maynor speaks Spanish, Garifuna and since being at Subway Watersports he can now converse in English as well. 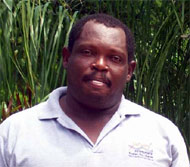 Bruce Pandy
Boat Captain
Bruce is from Camp Bay, a beautiful town on the far East side of Roatan. He has been a captain for many moons and we were lucky enough to have him join our team in 2011. He is captain at Subway Watersports and also drives our van on a regular basis. He started his career on the Ocean working on Cruise ships and after eight years he decided it was time to come home. He has an infectious smile and is always eager to make your experience a memorable one! He can speak English and Spanish.